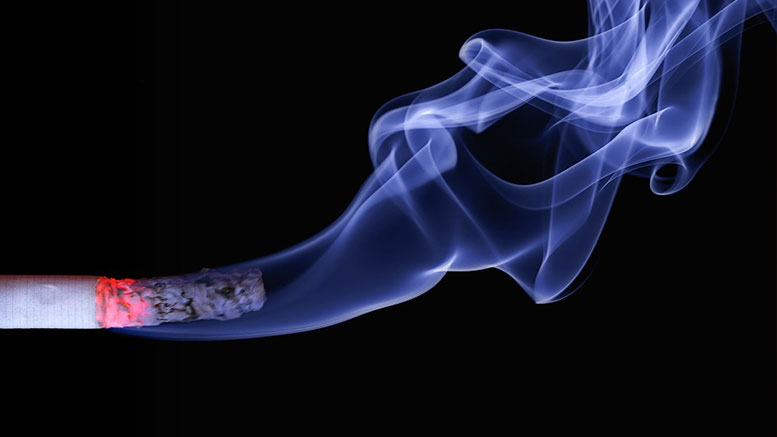 Everyone knows that cigarettes kill. Aside from the stink, the stigma and the cost, however, what many may have forgotten is that just being around cigarette smoke is harmful to your health.

• 1950s – Smoking was a part of American culture. Tobacco ads even ran in the American Journal of Nursing.

• 1970s – Smoking was identified as a health risk in pregnant woman and the first Great American Smoke Out was initiated.

• 1980s – Smoking was identified as the chief avoidable cause of death in the U.S.

Environmental tobacco smoke ( ETA) consists of 85% side stream smoke (emitted from the tip of a cigarette), 11% mainstream smoke (emitted from the mouthpiece), compounds diffusing through the wrapping paper, and exhaled smoke. There are over 4000 chemical compounds in SHS, 200 of which are known to be poisonous. Close to 60 of these chemicals are identified as carcinogens (cancer causing agents). Amongst the chemicals in cigarette smoke are:
• Ammonia
• Benzene
• Carbon Monoxide
• Formaldehyde
• Hydrogen Cyanide
• Nicotine

• Endothelial Dysfunction – Arteries that carry blood from your heart are lined by a thin layer of cells called the endothelium, which works to keep the inside of arteries toned and smooth, which keeps blood flowing. Second-hand smoke impairs the ability of blood vessels to dilate and causes blood vessel stiffness.

• Atherosclerosis (hardening and narrowing of the arteries) – Atherosclerosis begins with damage to the endothelium caused by high blood pressure, smoking, or high cholesterol. Exposure to second-hand smoke also causes an increase in these inflammatory processes, which then cause a build-up of plaque. SHS also lowers HDL (high density lipoprotein), the “good” cholesterol.

• Blood Platelet Activation – It has been shown that second-hand smoke causes blood platelets to become thicker and stickier, which damages the lining of blood vessels and decreases blood flow.

According to the environmental protection agency (EPA), children are particularly vulnerable to the effect of SHS. Exposure to SHS puts children at risk for:
• Asthma (and increases symptoms in those already diagnosed with asthma).
• SIDS.
• Pneumonia.
• Bronchitis.
• Middle ear infections.

• In the U.S., 21 million children live in homes where people smoke regularly.

• Annually, SHS is responsible for between 150,000 and 300,000 lower respiratory infections in children under 18 months of age and causes 430 SIDS deaths.

What you can do:

Second hand smoke is as much a killer as smoking. Try to avoid unwanted smoke inhalation whenever possible. Most public venues are now smoke-free. However, if you find that you need to be in an environment where smoking is permitted, find out if there is a non-smoking area. Don’t allow smoking in your home or vehicle. If someone in your home smokes, tell them how smoke affects you and encourage making the home a smoke-free zone.

If you have friends or family who are trying to quit smoking, try not to say negative things. The problem is not the smoker. Nicotine is extremely addictive and cigarette manufacturers add ingredients that make them even more addictive. Encourage and remind them of how much better they will eventually feel once they quit. Be patient. If they relapse, they will be unhappy with themselves; you don’t need to remind them of their difficulty. It takes most people 3 to 7 tries before they are successful.

Angela Wells, RN, MSN, NHA is on the Nationwide Healthcare Services Team of the group of rehabilitation facilities that includes Regal Heights and Regency in Delaware, and Renaissance, Sterling and Ridgeview in Pennsylvania.