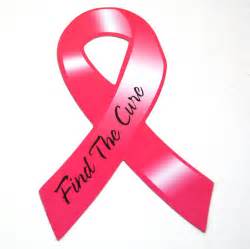 New Tests Are Here to Help

The American Cancer Society estimates that in the U.S. in 2017:

Cancer grows when a cell’s DNA is damaged, but why or how that DNA becomes damaged is still unknown. It could be genetic or environmental, or in most cases, a combination of the two. Most patients will never know exactly what caused their cancer, however, there are certain established risk factors (keep in mind that 60-70% of people with breast cancer have no connection to these risk factors at all, and other people with risk factors will never develop cancer). These include lack of physical activity, poor diet, being overweight or obese, drinking alcohol frequently, radiation to the chest and combined hormone replacement therapy (HRT).

Breast cancer can’t be prevented, but you can take three important steps to help detect it earlier: breast self-exam, clinical exam, and mammogram.

Some newer imaging tests are also being studied. They are in the earliest stages of research, though, so will take time to see if any of them are as good as or better than those we use today.

Optical imaging tests pass light into the breast then measure the light that returns or passes through the tissue. The technique does not use radiation and does not require breast compression.

Positron Emission Mammography (PEM) uses sugar attached to a radioactive particle to detect cancer cells. Working much like a PET scan, a PEM scan may be better able to detect small clusters of cancer cells within the breast. Right now it’s being studied in women with breast cancer or other breast problems to see if it can show which lumps are cancer.

Electrical impedance imaging (EIT) scans the breast for electrical conductivity. It’s based on the idea that breast cancer cells conduct electricity differently from normal cells. EIT does not use radiation or compress the breasts.

Molecular breast imaging (MBI) is a newer nuclear medicine imaging test. It’s being studied as a way to follow up breast problems such as a lump or an abnormal mammogram, as well as a test that can be used along with mammograms for women with dense breasts.

Unlike mammography, MBI uses an injection of nuclear medicine to help doctors visualize tumors. “A nuclear medicine tracer is injected into the bloodstream,” explains Debra Somers Copit, MD, director of Breast Imaging for Einstein Healthcare Network. “This tracer gets picked up by cancerous cells. A nuclear medicine camera can detect that activity in the cancer cells, and then it creates an image that we can read.”

This technology has been around for years, Dr. Copit says. The tracer used in molecular breast imaging is the same as that used in cardiac stress testing. It just took a while to get to the point where the dose of radiation would be low enough. “The dose is really not just to the breasts, but to the whole body,” she says. “But it’s eliminated pretty quickly and it’s no more radiation than the background radiation you would get if you flew from here to Los Angeles.”