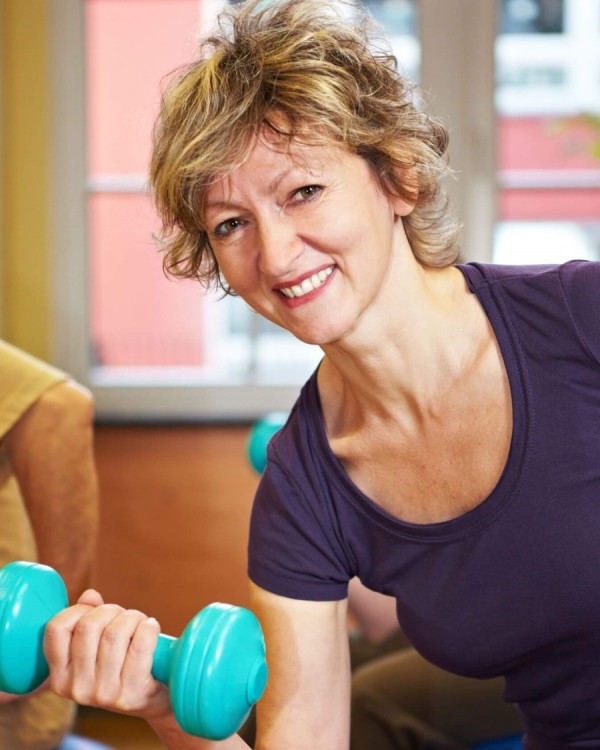 Looking for the key to happiness? You might want to start by breaking a sweat.

According to a study from researchers at Yale and Oxford Universities, when it comes to mental health, exercise may be more important than money. In the study, published in The Lancet, scientists collected data about the physical behavior and mental health of more than 1.2 million Americans. Each participant was presented with the following question: “How many times have you felt mentally unwell in the past 30 days, for example, due to stress, depression, or emotional problems?”

Participants were also asked about their income and activity level. They were able to choose from 75 types of physical activity, from lawn care and housework to weight lifting and running.

People who stay active tend to be happier

The scientists found that those who exercised regularly tended to feel bad for 35 days a year, while non-active participants averaged 18 more bad days a year. In addition, the researchers found that physically active people feel just as good as those who aren’t physically active but who earn about $25,000 more a year. Essentially, you’d have to earn a lot more to get you the same happiness-boosting effect that physical activity provides.

The scientists also noticed that certain sports that involve socializing, such as team sports, can have more of a positive effect on your mental health than others. The largest mood boosts were associated with popular team sports, while activities often engaged in with others, such as cycling, aerobics and gym activities, also ranked highly.

Too much exercise can be detrimental to your mental health

Exercise is clearly good for you, but how much is too much? “The relationship between sport duration and mental load is U-shaped,” says study author Adam Chekroud of Yale University in an interview with Die Welt. The study found that physical activity contributes to better mental well-being only when it falls within a certain time frame, and exercising too much can have the reverse effect on happiness.

Looking for a group to get happy with? Thousands of Delawareans have participated in Walk Delaware. It’s simple: walk a distance equal to the combined length and width of Delaware (131 miles) in one year. And if you don’t want to walk, you can run, bike or swim. There are different levels of achievement, and you’ll get a certificate and pin to commemorate your accomplishment:

If you don’t want to commit for a year, how about a Sunday hike? Get outside with the Delaware Easy Striders for some exercise and new friends at the same time. Contact Pete Gisler at 302-945-7302 or petegis@mac.com, or visit the Delaware Easy Striders Facebook page. For more information, visit https://delawareseniorolympics.org for more information.