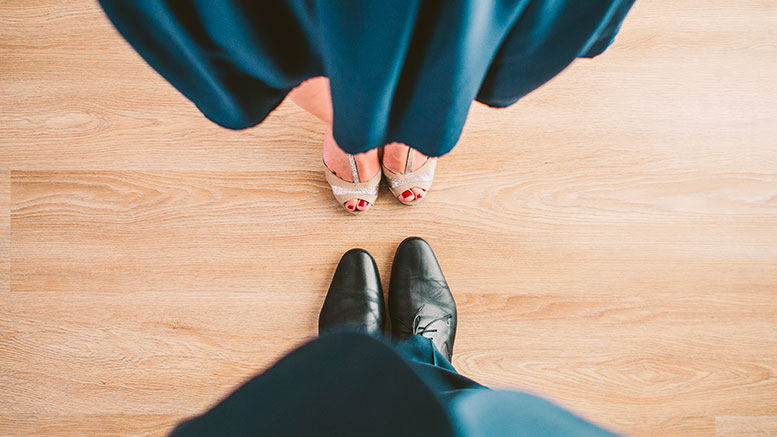 Consider these financial issues before walking down the aisle again

THEY SAY LOVE IS SWEETER the second time around. What they don’t tell you is that it can also be a lot more complicated financially—especially for couples who find one another later in life. The vow “for richer, for poorer, in sickness and in health” takes on new meaning when the newlyweds are retired.

When romance blossoms later in life, couples typically come together with two sets of assets, separate homes and family commitments, and often very different financial priorities. Melding all these can be a challenge. So much so, in fact, that a growing number of couples age 50 and over are simply living together without the benefit of marriage, and keeping their financial lives separate. Still, “putting a ring on it” remains the popular choice, with fully half of previously married older Americans remarrying in 2013, according to the Pew Research Center.

There are pluses and minuses either way, from a financial perspective, says Debra Greenberg, a director in the Personal Retirement Solutions Group at Bank of America Merrill Lynch. “The key is to be sure that you’ve familiarized yourself with the rules governing such things as Social Security, estate planning and health insurance as they apply to your situation.”

Here are several issues to consider. Talking them over before you walk down the aisle can help make the journey ahead much smoother.

For richer, for poorer…

The first and most basic question is whether you want to combine your financial assets and estate plans. For older couples who plan to remarry, a prenuptial agreement can be a particularly useful tool that spells out what belongs to whom and how those assets will pass to heirs and beneficiaries. “A prenup can help ensure that both parties don’t lose control of the assets they brought to the marriage,” says Greenberg.

Deciding what to do with assets accumulated during the marriage is another issue a prenup can help you control. Some states treat anything acquired by a married couple as community property, so your prenup should include a plan for dividing jointly held assets in the event of a death or a divorce. Work with a lawyer and a financial advisor to draft a prenup that addresses all your needs and concerns. For couples who choose not to marry, a cohabitation agreement can provide some of the same protections.

When it comes to weighing the financial aspects of remarriage, another often confusing area is Social Security. It’s important to understand how a remarriage can affect what you’ll receive. As just one example, if your first marriage lasted 10 years or longer, you’re allowed to collect benefits based on your former spouse’s work record once you turn 62. That benefit ends if you remarry. If your new spouse’s earnings are less than your ex’s, your spousal benefit would be lower.

Widows or widowers who remarry before age 60 should keep in mind that they stand to lose their survivor benefits from their first marriage. Because there are so many factors to be weighed, you should check with the Social Security Administration to ensure that you are receiving the highest benefit possible.

In sickness and in health…

If one partner lacks good health insurance, getting married can provide the opportunity to sign up for spousal coverage. And even if both of you have insurance, it may be possible for married couples to get a better rate. Family plans tend to be cheaper than the combined cost of individual coverage for two people.

The key health issue that every older couple should consider, though, is the impact that a prolonged illness or injury could have on their savings. More than half of all Americans will eventually require some form of long-term care, and many insurance plans, such as Medicare, limit coverage of such things as residence in a nursing home.

Till death do us part…

Later marriages don’t just involve two spouses. Often, they involve a merger of families complete with grown children from previous marriages, and maybe even grandchildren—all of which can complicate inheritance issues.

For example, many states have “elective share” laws, which automatically entitle spouses to as much as half of a deceased spouse’s assets, regardless of what’s stated in a will. A solid prenup will take precedence over those laws. (Unmarried partners generally do not have the same right as spouses to demand an elective share.)

Couples may also want to consider setting up trusts that provide separately for children from previous marriages. Because trusts can specify beneficiaries, they help to head off potential conflicts down the road, such as inheritance disagreements between children and a stepparent.

“Another simple but important step that many couples forget,” adds Greenberg, “is remembering to change your beneficiaries on your insurance, your retirement plans and other important documents after you remarry.”

Marriage is a big step, involving significant change. That’s even truer for people who remarry later in life. Communication is key to navigating these changes together. Even if you maintain separate assets, be sure to talk about and align your financial plans so that they help you achieve the things the two of you have decided are most important. That way, you can get a good start on a second chance at marital bliss.