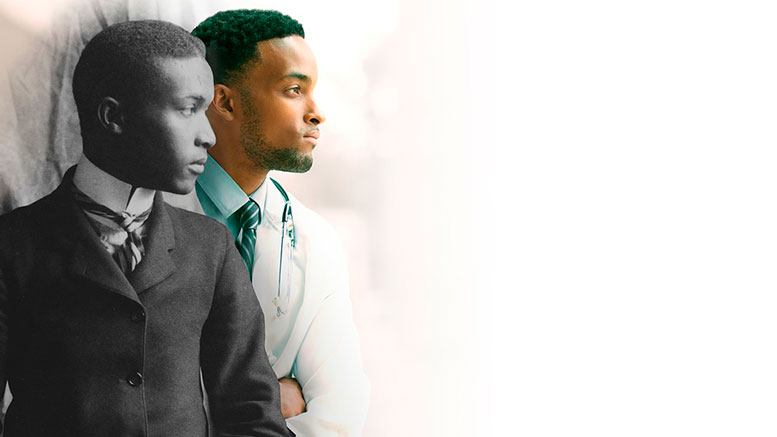 Even before the 1800s, a system to abet runaways seems to have existed. George Washington complained in 1786 that one of his runaway slaves was aided by “a society of Quakers, formed for such purposes.” Quakers, more correctly called the Religious Society of Friends, were among the earliest abolition groups. Their influence may have been part of the reason Pennsylvania, where many Quakers lived, was the first state to ban slavery. Two Quakers, Levi Coffin and his wife Catherine, are believed to have aided over 3,000 slaves to escape over a period of years. For this reason, Levi is sometimes called the president of the Underground Railroad.

The term Underground Railroad began to be used in the early 1830s. Homes and businesses that harbored runaways were known as “stations” or “depots” and were run by “stationmasters.” “Conductors” moved the fugitives from one station to the next. The Underground Railroad’s “stockholders” contributed money or goods, including clothing so that fugitives traveling by boat or on actual trains wouldn’t give themselves away by wearing their worn work clothes.

Conductors On The Railroad

Sometimes a “conductor” pretending to be a slave would go to a plantation to guide the fugitives on their way. Among the best known “conductors” is Harriet Tubman, a former slave who returned to slave states 19 times and brought more than 300 slaves to freedom—using her shotgun to threaten death to any who lost heart and wanted to turn back.

Though her age was never exactly determined, Tubman was born around 1820 near Bucktown, MD and married John Tubman in 1845. John Tubman was a free black man who ironically did not support his wife’s desire to be free. She remained with him until 1849 when she escaped from the Dorchester County, Maryland farm where she was enslaved. The first of her many missions was believed to be a trip to Baltimore in 1850 to retrieve her sister and her sister’s children; several subsequent missions rescued other family members. She earned money for her missions by working in Philadelphia and Cape May, NJ and through the generous support of Station Masters like Thomas Garrett.

Thomas Garrett is one of the most prominent figures in the history of the Underground Railroad. He has been called Delaware’s greatest humanitarian and is credited with helping more than 2,700 slaves escape to freedom in a forty year career as a Station Master.

A white Quaker whose family hid runaway slaves in its Delaware County farmhouse when he was a child, Garrett credited an experience he characterized as transcendental with directing his life’s work toward aiding in the escapes of slaves. The incident, in which a black servant employed by Garrett’s family was kidnapped and nearly forced into slavery, was a watershed event for the young Garrett, who would devote his life to the abolitionist cause.

Abraham D. Shadd was one of the most important black leaders in Delaware during the 19th century. His accomplishments in the cause for the abolition of slavery rank him among national figures. Along with Peter Spencer, he argued for the entitlement to civil rights he felt black Americans should have as a result of their significant investment in the country’s foundation. Shadd conducted anti-slavery and Underground Railroad activity from his home in West Chester, PA until his move to Canada in 1851. The successes of his children include Mary Ann Shadd, educator, lawyer and journalist; I.D. Shadd, member ofthe Mississippi Legislature from 1871 to 1874; Abraham W. Shadd, graduate of Howard Law School; Emaline Shadd, professor at Howard University.

Born a free black man in 1821 in Indian Mills, NJ, William Still was an entrepreneur who, despite little formal education, became a successful businessman, author and important figure on the Eastern Line of the Underground Railroad. Still’s parents were born slaves, but escaped to New Jersey before his birth.

He began working in the Philadelphia Antislavery Society Offices in 1847. He interviewed every slave he came in contact with and kept comprehensive records of his accounts even after the passage of the Fugitive Slave Act of 1850 when most Agents in the Railroad destroyed their paperwork. He published his records, which include numerous letters from Thomas Garrett, in “The Underground Railroad” in 1872. This remains one of the few, and certainly the most detailed, accounts of the UGRR to exist. An active community leader, Still successfully campaigned to end segregation on Philadelphia trolley cars in 1867. He started the Berean Presbyterian Church in 1884 and a black-owned Savings & Loan four years later, in addition to many other socially conscious efforts. William Still died in 1902. His obituary in The New York Times posited that Still was “one of the best-educated members of his race, who was known throughout the country as the ‘Father of the Underground Railroad.’ “