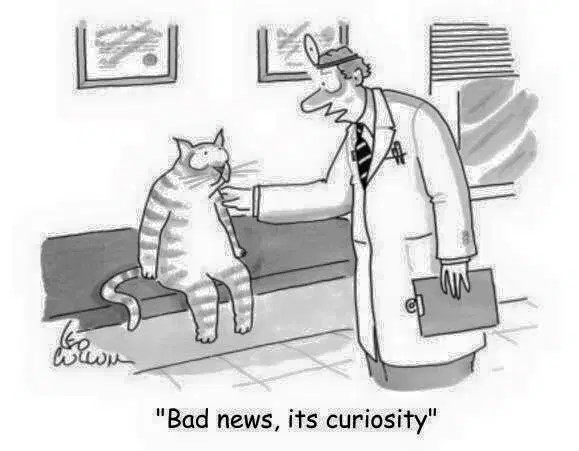 One fine day, John and Don are out golfing when John slices his ball deep into a wooded ravine. He grabs his 7-iron and proceeds down the embankment into the ravine in search of his ball.

The brush is quite thick, but he searches diligently and suddenly he spots something shiny. As he gets closer, he realizes that the shiny object is in fact a 7-iron in the hands of a skeleton lying near an old golf ball.

John excitedly calls out to his golfing partner: “Hey Don, come here. I’ve got some real trouble down here.”

Don comes running over to the edge of the ravine and calls out: “What’s the matter, John? Is everything okay?”

John shouts back in a nervous voice, “Throw me my 8-iron! Apparently, you can’t get out of here with a seven.

A: “P-U-T-T is correct,” the instructor replied.

“P-U-T means to place a thing where you want it. “P-U-T-T means merely a futile attempt to do the same thing.”

A man got on a bus, with both of his front pant pockets full of golf balls, and sat down next to a beautiful blonde.

The blonde kept looking quizzically at him and his obviously bulging pants.

Finally, after many such glances from her, he said, “Its golf balls.”

The blond looked at him compassionately and said, “Oh you poor thing. I bet that hurts a whole lot worse than tennis elbow?”

“Caddy, why do you keep looking at your watch?” asked the curious golfer.” It’s not a watch, sir. It’s a compass”

I was recently playing a round of golf with a nice young fellow. On the first hole, which was a long par four with water to the right and a deep ravine to the left, the young man took out a brand new sleeve of balls, teed one up and immediately hit it into the water on the right. Undaunted, he pulled another ball from the sleeve and hit that one into the ravine, as well. Then he took the last ball from the sleeve and hit it, too, into the water. He then reached into his bag and pulled out another brand new sleeve of balls. “Why don’t you hit an old ball?” I asked. He responded, “I’ve never had an old ball.”

A priest is playing a round of golf at the local public course when he arrives at the 15th tee. This hole is a 160-yard par three with a lake in the front of the green. It is also the padre’s nemesis, no matter how well or how poorly he is playing.

Upon arriving at the tee, the priest tees up his ball, gets ready to hit and, at the last minute, looks toward the heavens and says, “God, I have been a good and decent man. Please, just this once, let me hit a shot which will carry the lake and get onto the green.”

As he is about to swing, a loud, deep voice booms from the heavens and says, “Use a new ball, they go farther.”

The preacher steps back, thinks about the heavenly advice and goes to his bag and gets a brand new ball. He takes his stance and once again the heavenly voice booms, “Take a practice swing first.”

The preacher is now awestruck by the heavenly advice, so he steps back from the ball and takes a practice swing.

He takes his stance and gets ready to hit and the heavenly voice booms, “Use the old ball.”

You may also like: To Tickle your Funny Bone

When the round began it quickly became clear that she was quite a good golfer. She hit the ball beautifully and she showed exceptional skill in all aspects of the game. Throughout the round she told the other members of the group that it had been her life-long dream to play Pebble Beach and to have a great round. She certainly was doing that, as after 17 holes she was at even par for the day.

She teed off and hit a terrific drive right down the middle of the fairway. Her second shot landed on the green about four and a half feet from the pin — but it was a very difficult, side-hill lie. She studied her putt for a few moments, then she walked over to where the men were observing.
“You know,” she said, “this is a very special day for me. I’ve always wanted to have a great round at Pebble Beach and now I have the chance to birdie the course. This really means a lot to me, and if any of you can tell me the best way to sink this putt, there’s thirty minutes of the best sex you’ve ever had in your life in it for you!”

Well, the first man ran over and said, “You know, I had this exact putt about two weeks ago and I can tell you that the best way to putt it is to hit it hard about 5-inches above the cup.”

The second man pushed him out of the way and said, “No way! I’ve had this putt many times and I know that the best thing to do is to hit it soft about 10-inches high of the cup.”

The third man walked up and said, “Don’t listen to either of them.” He then picked up her ball and handed it to her and said, “That’s a gimme!”