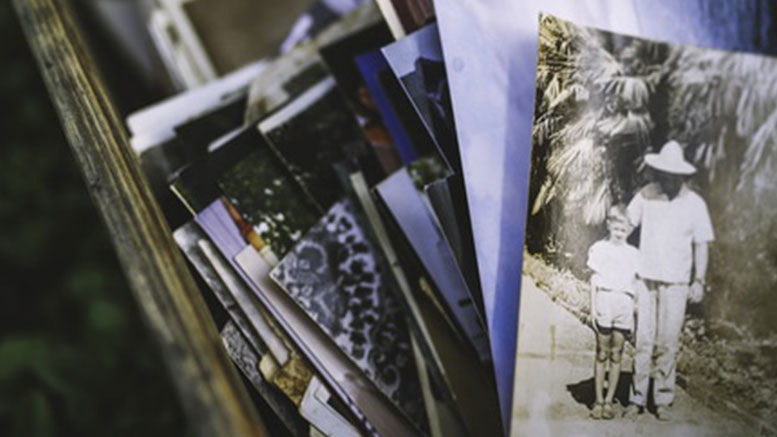 Everyone forgets things. How many times have you lost your car keys or forgotten the name of a person you just met? Forgetfulness tends to increase with age, but there’s a big difference between normal absent-mindedness and the type of memory loss associated with Alzheimer’s disease.

Normal age-related memory loss doesn’t prevent you from living a full and productive life. You just need more time to remember a name or the task you had set out to do. You’re aware that you’re forgetful and may even joke about it.

People with memory loss due to something other than normal aging, such as Alzheimer’s disease, may feel that something’s not quite right, but they’re unable to pinpoint what’s bothering them. Rather than call attention to a memory lapse, they may behave as if everything is fine.

Memory loss associated with Alzheimer’s gets worse over time, but it certainly is not the only symptom of the disease. Some of the earliest signs and symptoms of Alzheimer’s disease include:

• Asking the same questions repeatedly.
• Difficulty remembering common words when speaking.
• Mixing up words, for example saying “bed” instead of “table.”
• Being unable to complete familiar tasks, such as following a recipe.
• Misplacing items in inappropriate places, such as putting a wallet in the refrigerator.
• Getting lost while driving on familiar streets.
• Undergoing sudden changes in mood or behavior for no apparent reason.
• Becoming less able to follow directions.

Many other medical problems cause symptoms similar to Alzheimer’s. That’s why it’s so important to consult a doctor if you’ve noticed memory lapses or uncharacteristic mood swings in yourself or in someone close to you. The problem may be a potentially reversible illness, such as depression, a metabolic disorder such as hypothyroidism, a reaction to a drug, or a vitamin deficiency.
Ask your doctor

To help rule out some of these other problems, here’s a list of questions you may want to ask your doctor:

• Could some of my medications be causing forgetfulness? Sometimes a single medication causes side effects that mimic symptoms of Alzheimer’s disease, particularly in older people or in someone whose liver fails to eliminate the drug normally. Drug interactions, which sometimes occur in people taking multiple medications, can cause confusion and forgetfulness as well. Give your doctor a list of all the medicines you use, including herbal remedies and over-the-counter items such as arthritis cream.

• Could I be dehydrated? Older people are at higher risk of dehydration because the ability to feel thirst decreases with age. While dehydration itself can cause confusion, it can also increase the concentration of medicine in your blood, which can affect your mental processes.

• Might I have a concussion? Some people can lose consciousness after a fall and not realize it. Ask your doctor to check you over if you find an unexplained tender lump on your head. Also talk to your doctor if you start to feel mentally fuzzy after what seems like a minor fall.

• Could I be depressed? Stress, anxiety or depression can cause forgetfulness or confusion, particularly in older people. When the sadness or stress passes, the symptoms go away too. Your doctor can use neurological and psychological evaluations to test for depression.

• Could I be drinking too much? Chronic alcoholism leads to deficiency of thiamin (Vitamin B-1), which can seriously impair mental abilities. Alcohol can also cause memory loss by interacting with your medicines.

A multitude of things can cause forgetfulness, and many of them are reversible. Work with your doctor to determine what’s going on with your memory and what can be done about it.

Brought to you from MayoClinic.com by your friends at Arden Courts Memory Care Community, www.arden-courts.com.