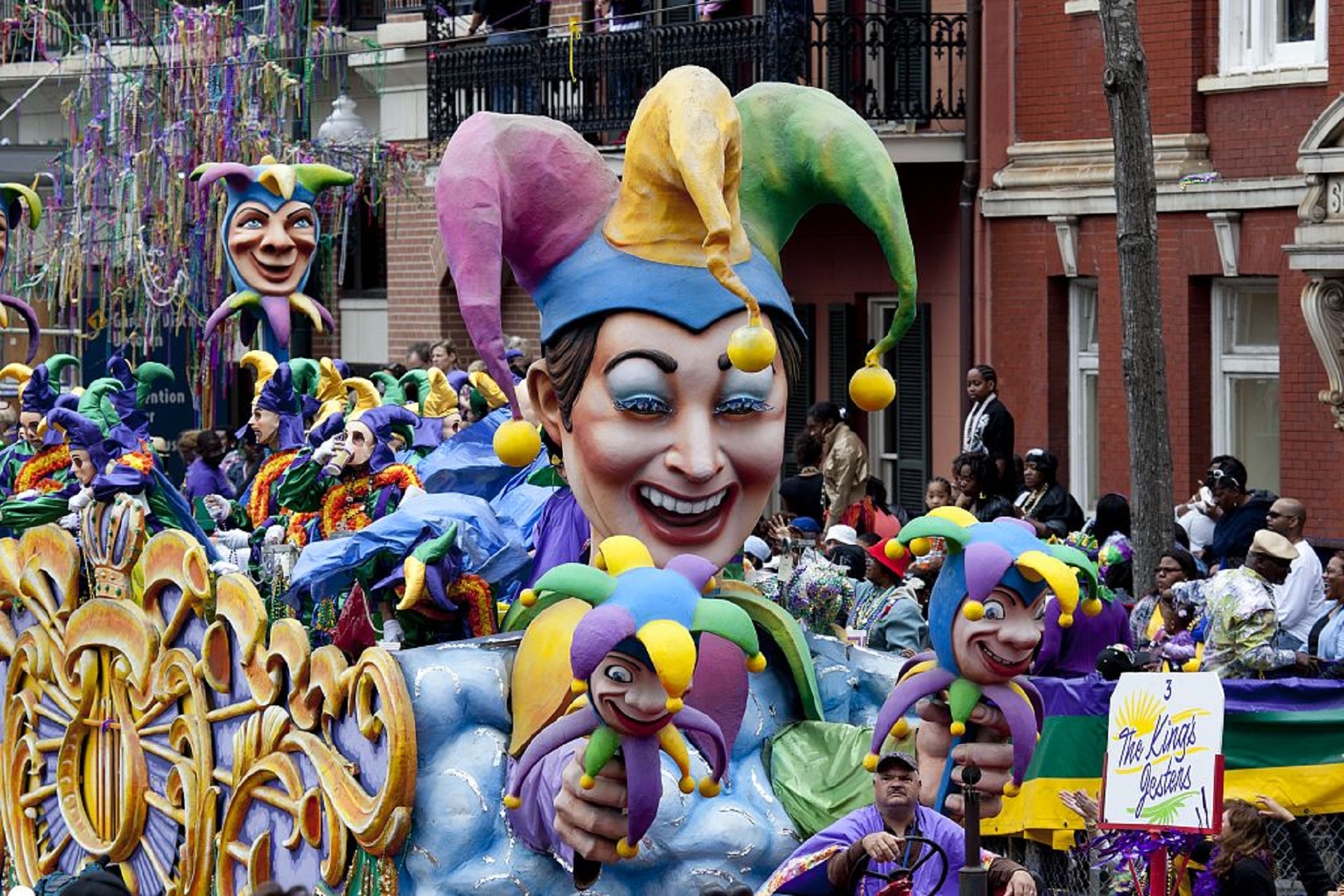 Mardi Gras. Those two words conjure images of floats and parades, music and yes, maybe debauchery. That last piece, though, may be the biggest misconception of the Carnival season. Mardi Gras is a city-wide extravaganza and what you see in photos are the crowds in the French Quarter after the parades. The Mardi Gras that locals love occurs in every other part of New Orleans. Mardi Gras krewes don’t even parade through the Quarter due to size restriction on floats in that area.

The fact is, Mardi Gras is and always has been a family event. It’s THE place to go if you want to enjoy outdoor picnics, listen to music, catch free toys, doubloons and beads, and watch the Greatest Free Show on Earth (yes, all the parades are free!).

Mardi Gras, like Christmas, is a whole season, not just one day. “Carnival” begins Jan. 6 (the Feast of the Epiphany) and ends on Mardi Gras (Fat Tuesday), the final day of revelry before Ash Wednesday, when Lent begins. Although parades begin in January, the most popular time to visit is the extended weekend before Mardi Gras. Come then and you’ll be sure to catch the most popular parades and all the festive celebrations throughout the city.

The first Mardi Gras parade was held on Feb. 24, 1857 by the Krewe of Comus. They began the tradition of presenting a parade with floats and following it with a ball for the krewe and their guests. In 1892 Rex, the King of Carnival, selected the Mardi Gras colors: purple for justice, green for faith, and gold for power.

City governments are not involved in coordinating Mardi Gras parades; they only issue parade permits. Mardi Gras parade krewes are private, non-profit organizations whose members get together year-round to plan their parade’s theme, costumes and unique throws. Each Carnival Club, as they are known, is individually funded by its members.

Spectacular balls follow the parades. Most of the older, more aristocratic balls are private, formal affairs for the krewe, where debutantes are formally introduced to society. Attendance is by invitation only.

No one really feels left out if they don’t receive an invitation, though. Mardi Gras balls were exclusive events closed off from most people outside of New Orleans society until 1949 when Krewe of Bacchus threw a carnival Ball open to tourists. Now, with more than 1,600 members and 31 animated super-floats, the Krewe of Bacchus is revered as one of the most spectacular krewes in Carnival history.

The largest of all krewes, the Krewe of Endymion hosts an after-parade extravaganza that rivals any event of its kind. Presenters of Carnival’s largest parade with 3,100 riders and 37 floats, the krewe’s motto is “Throw ‘Til it Hurts.” They estimate that they toss more than 15 million throws along the parade route, which ends at the Superdome where they host top name performers for entertainment with tens of thousands in attendance.

Hundreds of thousands of king cakes are enjoyed every year. The king cake tradition is believed to have been brought over from France in the 1870s. According to the Christian faith, Jesus first showed himself to the three wise men on January 6th, the Epiphany. This is the day Mardi Gras season – hence king cake season – begins.

Each king cake has a tiny baby inside (generally plastic now, but it’s possible the baby might be made of porcelain or even gold). The lucky person who receives the slice of cake with the baby has the next king cake party. King cakes are often served at New Orleans weddings as the groom’s cake.

This is the season when you can dress up as anything imaginable. Costume contests are everywhere, and the crowd-watching is as much fun as the parades. By law, float riders must always have a mask on. On Fat Tuesday, masking is legal for everyone else, and the elaborate masks add to the fun.

If you don’t wear a costume, at least dress in purple, green, and gold…and beads! Experienced revelers know to bring a large bag with them so they can haul away all the beads and trinkets they’ll catch from the parades.

The tradition of float riders throwing trinkets to the crowds began in the 1870s. Just yell, “Throw me something, Mister!” and you’ll be rewarded with beads, cups, doubloons and stuffed animals. Coconuts from the Krewe of Zulu are the most coveted throw. Some visitors from far away hold up a sign saying where they’re from: riders love to see out-of-towners having a good time, and will throw to them to make sure they do.